The Shito Ryu school of karate was founded by Mabuni Sensei. Mabuni Sensei had trained under two of the greatest masters of Okinawan karate: Ankoh ITOSU (Shuri Te) and Kanryo HIGAONNA (Naha Te).

Out of respect for both his sensei’s, Mabuni Sensei took characters from their names to form the name for his unique school of karate, Shito Ryu.

In developing Shito Ryu, Mabuni Sensei incorporated both the Naha Te and the Shuri Te systems together with katas from the Chinese White Crane system (known as Wu Xianhui) that he had learnt from the legendary Go Ken KI, a Chinese tea merchant who lived in Okinawa at the time.

In 1929, Mabuni Sensei left Okinawa for mainland Japan and settled in Osaka.

The Shukokai School of karate was founded by Tani Sensei. He began his study of karate at junior high school practicing Go Ju Ryu and continued his training at the Doshisha University in Kyoto where he studied under Chojun MIYAGI, the great karate Master (who was the founder of Go Ju Ryu and who had trained under Higaonna Sensei). Later when Sensei Miyagi returned to Okinawa, Tani Sensei trained under Kenwa Mabuni.

After the Second World War Tani Sensei started to teach Karate in an open air car park in the centre of Kobe. His group (Shukokai) soon grew and one year later he built his own Dojo attached to his house.

In 1946 Tani Sensei was presented with the scroll of succession from Mabuni Sensei and was given permission to start up his own school, Tani-Ha Shito-Ryu. 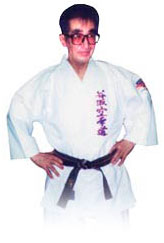 Born 1938 in Akita prefecture, Master Yamada began his martial arts study in Judo before becoming involved in Karate. In 1956, he became a disciple of Master Tani and was one of Master Tani’s top ranking pupils.

Master Yamada inherited the Presidency upon the passing away of Master Tani, and is also the Chief Executive of Gishinkan, a Shukokai drill hall based in Amagasaki City, with approximately 3000 followers nation-wide; mainly in the Kyoto/Kobe/Osaka districts. Master Yamada runs a renowned bone settling clinic. 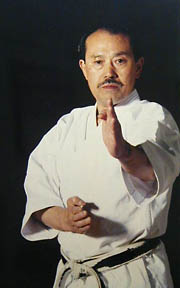 Shihan Stephen has a degree in Business (QUT) and is passionate and dedicated to working within business systems and procedures, customer service and small business marketing. 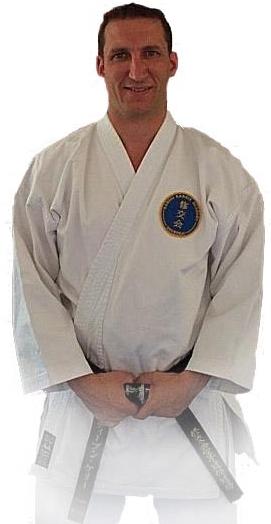