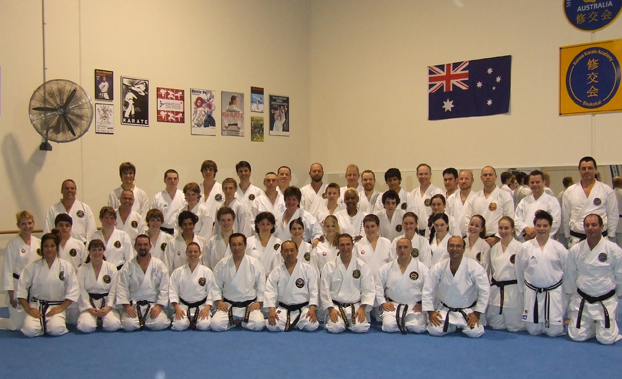 The SHITO-RYU SHUKOKAI UNION Oceania was re-organised in 2002.
It is led by Chief Instructor and Australian National Kata Coach Shihan Stephen Kelly, 7th Dan, Kyoshi. Its headquarters is located in Brisbane, Queensland, where Mr. Kelly resides.

Since its inception the Shitoryu Shukokai Union Oceania has grown to include affiliates from Victoria, NSW, Canberra and New Zealand. Member countries of the Union are also spread throughout Europe, America and Asia.

The Oceania honbu dojo is a multi-award winning
full-time facility and along with our other affiliated clubs, with their professional instructors are continuously promoting and growing their businesses using current effective business principles.

SSU- Oceania are specialists in traditional karate, with our instructors being past and present State and National Coaches, in both Kata and Kumite, with the Australian Karate Federation who have produced many state, national and international champions. Chief Instructor, Shihan Stephen Kelly is the current National Kata Coach.

SSU-Oceania organises and participates in many local, national and international events and tournaments thought out the year. We have regular visits for training and competing together with our Japanese masters and friends from all over the world. Hanshi Ishitobi Shihan and other Japanese masters and teams regularly visit to share their knowledge. 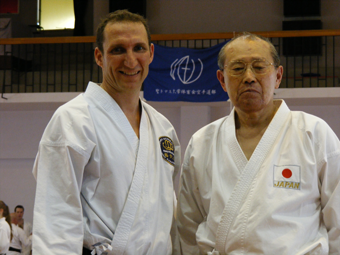 Our goal is to promote Shito-ryu Shukokai karate-do within the Oceania region, under the guidance of World Chief Instructor, Yazu Kaicho, 9th Dan. Shito-ryu Shukokai World Karate-do Union seeks to maintain the roots and traditions of Shito-ryu while advancing the teachings of Shukokai, the faction founded in 1948 by Chojiro Tani, Soke.

Tani sought to perfect his karate by studying the mechanics of the human body and developed techniques that can be delivered with maximum efficiency.

SSU-Oceania aims to forge an organization free of trivial politics and ego for the betterment of karate and invites all interested individuals and groups to learn more about us.

It is now possible for Instructors and clubs in to be affiliated with Shito-ryu Shukokai Union Oceania Karate which is part of the world Shito-Ryu Shukokai Karate Union based in Osaka.

If you are interested in joining Shito-ryu Shukokai Karate Union Australia, please do not hesitate to get in contact.
For more information on membership, please contact us at stephen@kansaikarate.com.au